Durand, exiting the hotel, mouth in  a content smile, was taken slightly aback at reading the small sticker:

While we’re dying in the streets,

The bourgeoisie in palaces sleep.

Death to the bourgeoisie!

Then he laughs, and yells at the concierge: “Take these idioties off the door.” His quiet smile returning as he notices two officers pacing in glorious ineptitude. But he stops, at the same time as them actually. Two red stickers cutting into the white wall’s crudity.

Copers are the bourgeois’ bulldogs

The coppers wear out their nails scratching at the posters while Durand walks away worried. When, at the corner of the avenue, noisy sirens and drums are heard and two bataillions appear in the distance, he feels protected and exhales a sigh of relief. The troops pass in front of him, he tips his hat to them ; at that moment, flying like a butterfly, a multitude of paper squares float by ; indifferently, he reads:

The army is a crime school.

A few of the papers flew onto the soldiers, and more covered them ; the obsession grabs him again, he feels like crushed under the light paper butterflies. As he goes and sits at his usual spot for the pint or the regular appetizers, again plastered on his table another sticker:

Go, fatten yourselves up, the day will come our hate turns us into cannibals.

He laughs it off, but this time he won’t pile on plate over plate. Getting up, he heads quickly towards the corner of street X, where exploiters would ask for workers, and mechanically, his eyes demanding it, searches for his poster ; it was covered up and read:

And your daughters to rape them, you and your wives

Message to the threadbare.

He nods his head and goes in the direction of his office. On a plaque can be seen the inscription: “Durand & Co. 2 billion net worth in capital.” Under it however, the exasperating critique said its words:

Capital is the fruits of stolen labour

Accumulated by the listless.

Moving fast, he rips it away, expedites a couple of matters and, for distraction, thinks about his mistress. On the trek over, he buys her a bouquet which she smiles at, seeing like a sweet note amidst the flowers: “Verses now?” she says.

This prostitution is the overflowing saturation of bourgeois fat.

Of the poor’s son they make a slave and his daughter a concubine.

She throws it at his face and chases him out. Shamed, tired, he goes back home ; the entrance and door had taken back their ordinary aspects. But, coming in to his living room, his wife tells him: “See this pottery I just purchased, it was a good deal.” He takes it, turns it over ; a paper falls:

Bourgeois luxury is paid in the dispossessed’s blood.

And this “Long live anarchy!”, and these lacerated claims swarming all around him and, that night, he didn’t see his wife for fear of finding, in one of those intimate, discreet and fluffy regions, a little ticket where he could read: 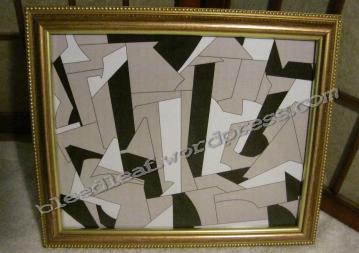 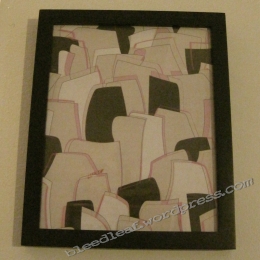