I’ve always been somewhat of an anti-authoritarian. I was always more of a non-conformist in many aspects. I took the advance classes with the rest of the nerds, spent a lot of time playing video games and boardgames, hung out with the skaters and the punks, partied with the metalheads, the rockers, the hippies, and I even played in some of their bands.
I went to college cause why the fuck not, it’s just debt… after three years and as many different programs, I was abducted from my apartment by police and taken to a medical facility where I was tortured for several weeks before being sent to jail. I’ve pondered over the details so many times already, I’m not sure it’s even worth trying describing it anymore.

I have no clue who my real parents are. I’ve been told too many lies already.

In the late 90s, while I was in college and holding a steady job, I was taken to a psychiatric hospital to be medically tortured, physically, and psychologically through a process I’ve come to understand as gaslighting. I can only assume it was as a result of political and social profiling. Or so the official story goes: my legal guardian at the time having been convinced by an ultra-religious uncle, who decided after having had only a short conversation with me in who knows how many years, and that’s about it, that I was into demons and hard drugs or some shit, and that this was the best course of action to deal with it.

And then of course, after that, everyone is just doing their jobs.

From time to time whenever they felt like it, they would give me some loose, sometimes just a little. I was even allowed to leave, sometimes, by one doctor only for another to have me brought back if I did, and then punished for escaping. After the long weeks spent strapped to tables or locked up in padded rooms, drugged, deceived at every turn and manipulated, mindfucked… I escaped several times, I guess. Police were never far behind to bring me back either way though, whether I fled or was let go.

I was eventually sent to jail for violence against one of my captors. Basically, for refusing to consent to their treatments and diagnosis. For several weeks then, I was moved to a different cage. I was found not guilty of whatever it was they conjured up and ordered never to go near that place again. No one wants to hear about this, that’s the story: it didn’t happen, it can’t be real. I need help, I need meds, I need to get over it, no one wants to hear about this. I’m just lying anyway you’re probably thinking. In any case, it just follows the same “there’s nothing to be done about it” from referral to referral and back again to some different uncivil servant only interested in which box to check and where to stamp the rubber.

The story goes on past the time living the streets, the years then spent being a hostage to street gangs (cause where the fuck did you expect me to end up?), defrauded, beaten and under constant harassment by both them and law enforcement thugs, skipping over other ordeals I’d rather not go into right now, and the mundane employments, the community service work, the back to school schtick, the injuries and illnesses, accidents and personal conflicts, bullshit jobs, bullshit bosses, bullshit bullshiters, to the cancer that signalled my definite retirement from the “job” market just a couple years back now.

I am unable to maintain any sort of stable occupation, again. I never was. I have nothing but contempt for this world of fascist for-profit existence. Because I have to, I live on the credit cards which I managed to get while being a student at university, with these days a deficit of around 500$ each month being as low as I allow myself. My medical situation barely allows me beyond basic welfare support, which by itself doesn’t even cover food, shelter and utilities. Without that credit, if and once they take it away, the streets, with everything that entails, is soon to be the next stop. Going by how things are now I’d expect in a couple years at most. Either jail or the morgue follows, it’s practically unavoidable. Too many triggers.

A total of at least an extra 1300$ a month would be needed to cover minimum living expenses, and all the prescriptions and therapies for which I obviously and of course don’t qualify for coverage for.

Donations of 15$ or more would get you a hand-bound notebook if you so desired, blank or with your suggested content printed inside, simply email bleedleaf@riseup.net with your details first. Once the initial production models are used up however, I plan to raise the minimum to 25$. A few of the newer books, made of new paper (blank on both sides for double the usable pages) and natural wool, are already available. Donations over 10$ give you the option of ordering a Capicorn, or any other available -bda-, for free. Again, please provide with details by email or message first. Feel free to ask any question you may have, start up a chat, send dick pics and such.

Similar gifts will be offered to those who offer monthly support through patreon (soon-ish)
paypal.me/bleedleaf 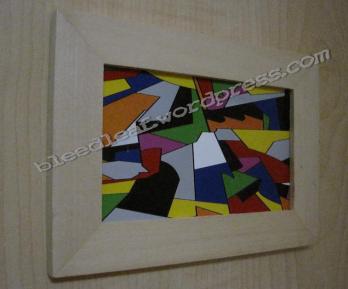 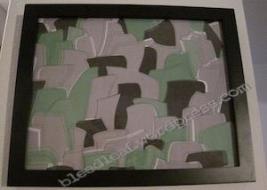