Here’s the rundown of what ended up in my playlist last month. I start off with the two shows in French that I follow, then a list of stuff from youtube. It’s mostly alphabetical after that.

These ones listed here are from youtube (my “liked videos” playlist):
Why Intersectionality : SJW rails against identity politics [not clickbait] by anactualjoke, anarchopac on What It’s Like to Be Bullied, ContraPoints… Tiffany Tumbles, Eric Taxxon with two videos: The Golden Calf Vol. 2 | Is Art a Commodity? and Getting Over It | An Exercise in Compassion (also “Traveller” music album but I didn’t listen to that yet, it’s not much of a wager I’ll like it once I do though :), The Juice Media’s Honest Government Ad : Australia’s Renewable Energy Policy, Libertarian Socialist Rants’ From Liberal To Anarchist, Misinformed’s Kanye West, Shaun’s Why I Love The Last Jedi, and a lot of stuff from Punks for Progress like Jordon Peterson’s Public Tantrum of Inner-Turmoil, Religion, Jordon Peterson and the SJW’s w/ Mike from Punk Rock & Politics, and much more, clips, wtf reports, musics… Unicorn Riot in there too : Blockading the Mountain Valley Pipeline: Interview with fern MacDougal and An Interview with ‘Nutty’, and Smart Wars: Divest or Die.

Lots of newer things I hadn’t heard before this time around, much more variety than these past several months. Listened to several shows for the first time, Anarchy Radio was one of them, with the June 26th episode. Listened to four of the Anews Podcasts this month: episode 66, episode 67, episode 68, episode 69. AW@L Radio’s June 15th episode. B(A)DNews: Angry Voices From Around The World episode for June 2018. Black and Green Podcast I found out about last week via Channel Zero Network’s co-conspirators list, I listened to their latest, episode 9 here, and some more earlier today (more on that next month). As a side note, I can’t remember when first I heard a The Brilliant podcast, must’ve been last year at some point I guess, or earlier. Tried scrolling down the older posts to maybe figure out when that was… Point is, I haven’t followed it at all. I checked it out for the series on Egoism (episode 69, 70, 71, and 72), and also ended up listening to part of a series on exclusion (episode 55 and 56).

Citations Needed also showed up four times this month: Episode 39: From Cradle to Courtroom: How The Media Stacks the Deck Against “Defendants”, Episode 40: The Civility Fetish, Episode 41: The Moral Poverty of Capitalist Healthcare Framing, Episode 42: ‘Populism’ – The Media’s Favorite Catch-All Smear for the Left. I’ll break from the alphabetical order again and follow with the rest of the shows that I get from soundcloud (k1bbles’s likes on SoundCloud). There’s one episode of End of the Line, #18: Hellbender. An episode of the Two Paychecks Podcast Saving The Mattole Forest!. There’s Specters of Attica: Reflections from Inside a Michigan Prison Strike and Abolishing Electronic Incarceration by Rustbelt Abolition Radio in there too. Also, Saltwater Hank’s Stories From the North West, #86 of The Rebel Beat.

I listened to three Dissident Island Radio broadcasts. Caught up with the one from May, episode 213, then the June 1st edition, episode 214, and then June 15th’s episode 215. The Final Straw also had quite a bit of content this month: Anarchy in Yogyakarta + Anarchist Bookfair in Asheville, Error451: #12 (Efail w/ Micah Lee), “If you stay up all night you owe it to yourself to watch sunrise, every time”; A Presentation with Margaret Killjoy about her new book, Shane Burley on Fascism Today + Asheville IWW on Service Work, Voices from the Balkan Route, Rojava and the ZAD (Radio Klaxon).

Found From Embers, new podcast out of Kingston, Ontario, via this post on IGD. There’s 8 episodes of it out by now: Anarchism in the Middle of Nowhere, May Day Roundup, Repression and Community Resilience, Surrealism and Anarchy, Open The Borders, Reportbacks and Reflections from the G7, Freeing Our Relationships, Resisting the Trans Mountain Pipeline. And speaking of It’s Going Down, they’re next up in this list. Again, lots of stuff: “This Is America” news show is up to episode #15 now, not going to link all of them here, maybe next time… plus other regular podcasts: “Do People Care When We Died?”: Foreign Policy Under Trump, Crews, Networks, and Federations: A Conversation, How Cops Worked With Nazis to Target a Black Journalist, #DropJ20 Podcast Update #7: Dismissals In the Sun.

Burning Cop Car #14, The fuckin’ news #11 : Angst in Canuckistan, #12 : Law and Disorder, #13: Rodman-geddon, and #14: No Tacos for Fascists, from sub.media. Additionally, although it’s technically July right now, Trouble #14: Fighting Where We Stand came out today so here have a link to that, #13: Defend the Block was on last month’s list. Also worth mentioning, found via the website, a video on Orlando “Elkbone” Watley‘s fight for freedom.

I don’t browse vimeo much at all, that’s not to say there isn’t some awesome video on there, there sure is.

Thought Maybe is another place fun to rummage around sometimes too, earlier in the month I checked out four of the titles in their library: Surviving Progress, Great Barrier Grief, Erasing David, and Sugar Coated. Looking at films about the Syrian struggle next maybe, noted some titles.

The last entry in this month’s list is also newly discovered for me, The Underbelli Podcast. I didn’t really mark down any highlights for the month, I have several favorites for different reasons. Finding this podcast would top that list. I’d definitely recommend: #1 – The Monsters You Make of Us: On Sex Work and Stigma, #2 – The Madwives’ Blues: Gaslights, Masculinity, and Psychiatry, #3 – A Whores’ Dialogue: On the History and Racism of Anti-Trafficking. There’s also the audiozine: Schizo-Genesis // Mad Apocalypse. 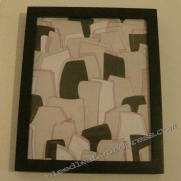 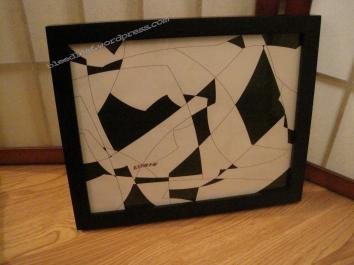 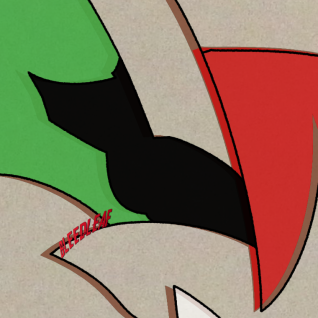 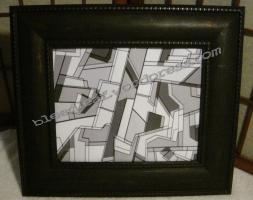 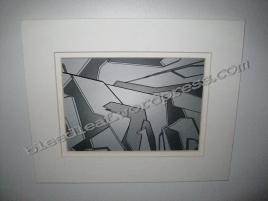